How to repair the stainless steel zipper of the pants
Your current location : Home>News center / Industry News /

How to repair the stainless steel zipper of the pants

How to repair the broken stainless steel zipper of the pants Use a seam remover to remove the suture at the end of the zipper, and both sides must be removed. No need to dismantle too much. The purpose of stitching is to expose the metal tab at the end of the zipper and the structure at the end. Don't think about removing the entire zipper. Remove the metal tabs. The metal tabs can be opened and removed using needle nose pliers. Be careful not to remove too much wire or accidentally break the zipper.

3. Carefully install the new slider. Before pulling the slider up, let the zipper enter the upper opening of the slider, and then let it pass under the slider.

4. If you have a small problem installing the slider, try a pin or sewing needle and carefully pull the zipper into the slider. Make sure the teeth in the slider snap together.

5. Pull the slider up until a closed tooth appears at the end.

6. Sew out a piece. Sew at least six stitches on the bottom of the zipper, be sure to sew under the slider, a new patch is formed.

7. Once the metal sheet is removed, it cannot be put back, but a few stitches can replace the sheet. Re-sew the zipper. Sew the zipper back as it was removed. This step is over. The zipper is now secure and the slider can move back and forth smoothly. 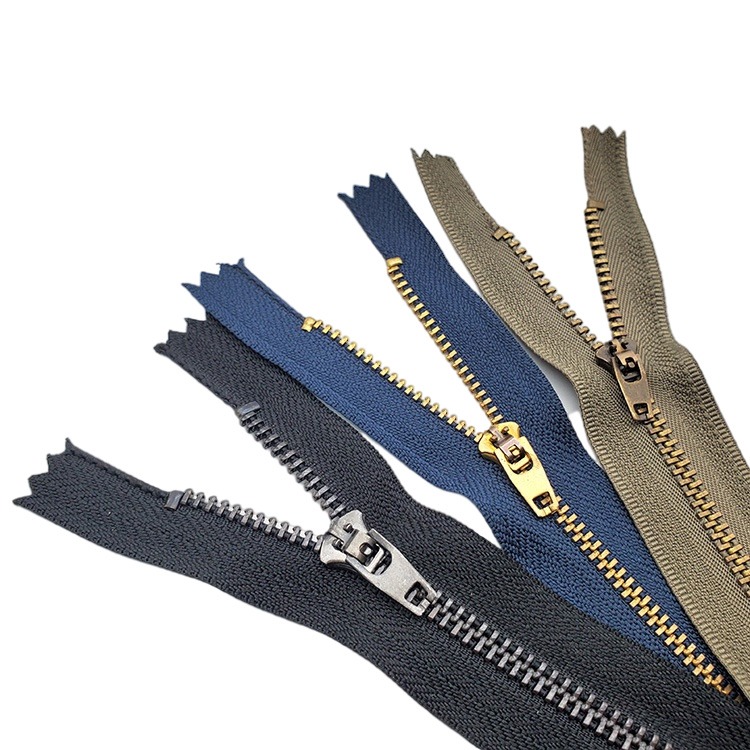 What should I do if the stainless steel zipper of the pants cannot be pulled up?

One. You can pull the tail of the zipper, straighten the zipper, and then repeatedly pull it from the bottom to the top to check whether it is smooth. If it is not smooth, it is often because the zipper is stuck with other things, so it is not smooth. Only Once the obstacle is removed, it will return to normal.

Thr. In addition to wax, lubricating oil can also be used. It is necessary to choose the one that is relatively transparent and clean. After putting a few drops on the position of the zipper pull ring, pull it repeatedly for several times, and it can also achieve the purpose of smoothness.

Four, some trousers have zippers, but they need to be soaked when washing the trousers. Pants soaked for a long time are prone to the problem of the zipper becoming unsmooth. The following are the solutions:

1. If the pants need to be soaked, in order to avoid sequelae, remember to close the zipper.

2. Use a candle to apply a layer of wax film to the front of the zipper.

3. After painting the front, the inside of the zipper should also be turned over and waxed.

4. Soak the trousers with buttons that have been buttoned, zippers pulled and waxed, so there is no need to worry about the sequelae of jamming when the zipper is pulled up.

prev: Zipper is an important eleme... next: How to measure the length of...