The distinction of clothing metal zippers

I remember that a manufacturer in the same industry received a large order last year. It was a happy thing, but the end turned out to be a big reversal, because the purchaser's written order indicated that the zipper was opened, and the supplier opened it according to the normal industry. The method of the tail was processed into a strip zipper. When the delivery was fast, the buyer found out that it was different from what he wanted when he followed up the progress. For novice buyers of clothing brands, they should have a systematic understanding of the names of various raw materials of clothing, so as to place orders correctly and avoid unnecessary losses for both suppliers and buyers. Today, we will take our commonly used clothing metal zipper as an example. :

1. According to the material: Metal zipper can be divided into stainless steel zipper, aluminum teeth zipper, copper teeth zipper

2. Distinguish by strips: Clothing metal zippers are generally divided into closed-tail zippers according to design needs, that is, a pair of head and one tail are installed at each end to prevent the zipper head from slipping. Generally, clothing pockets and trousers use this method. There are many zippers; the open-end zipper can be separated at the tail, and there are left and right inserts. Generally, the main zipper of jackets and coats use this method; the double closed-end zipper is a method of installing the tail system at both ends. , Usually a zipper will be installed with 2 zipper heads. This method is not commonly used in clothing. Generally, leather goods use this method more; the double-ended zipper is also called up and down, and the tail can be separated. The 2 zipper heads and the open end pieces are different, and the main zipper of the jacket is also used more in this way. 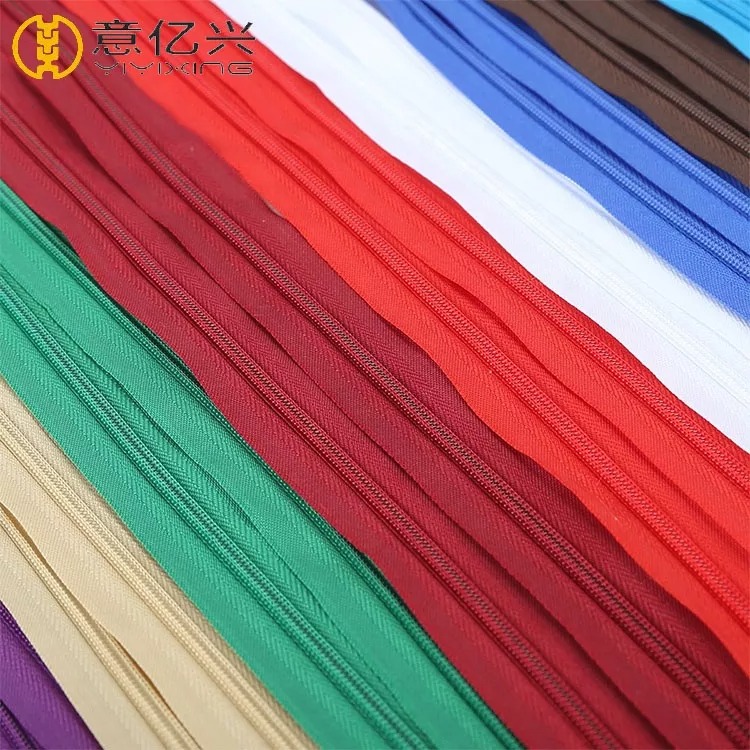 3: Distinguish by specifications: Commonly used clothing metal zippers are generally divided into No. 3 zippers, No. 5 zippers, and No. 8 zippers according to their specifications. Some small ones such as No. 0 zipper, No. 1 zipper, and No. 2 zipper are also used; large Sizes such as No. 10 zipper, No. 15 zipper, and even No. 30 zipper, but small and large zippers are not commonly used, only those with special designs are used.

prev: Invisible trademark zipper p... next: What is the difference betwe...